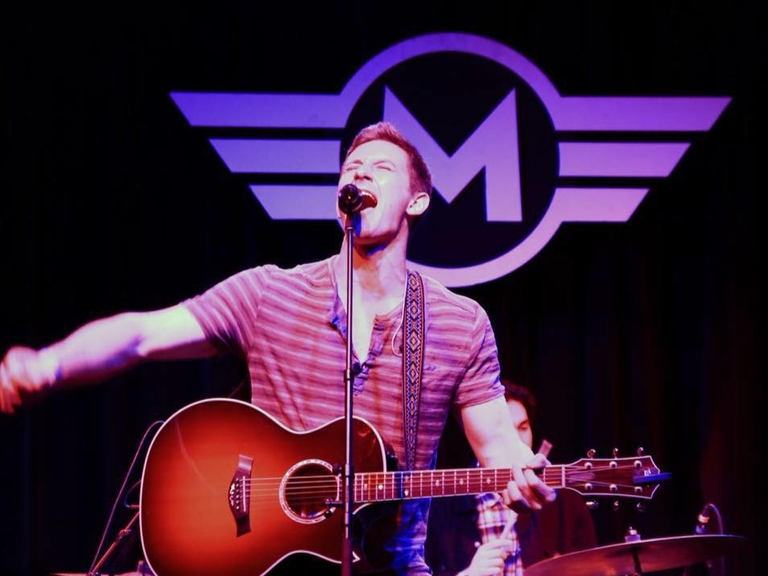 Cooper Alan at The District in Sioux Falls, SD on Thursday, March 2, 2023

Cooper Alan is an artist ready to make his mark on the Country Music industry. Originally from Winston-Salem and now living in Chapel Hill, his new material is the culmination of years of honing his craft around the state with his band Below The Line. A chance encounter with producer Riz Story has created a partnership that will put Cooper in the cross hairs of Country Music fans across the country. The début of his EP titled “Carolina Saturday Night” will coincide with the release of the soundtrack “A Winter Rose” in which his song will play a major part. In addition, the movie by the same name should be released later this year in which Cooper has an appearance. As exciting as this is, the main focus should remain on the new music that this collaboration has created. This is modern country music at its best. Great stories blended with truly memorable melodies make each one of these songs a tune that is going to get stuck in your head. In addition, his energetic and enthusiastic live performances make you want to sing and dance like nobody’s watching. So enjoy the music and share our site with everyone you know. We all need a little help from our friends!! Performance dates should be following soon, so please stay tuned. Thanks from all of us at Cooper Alan Music.